When approaching my retirement from the Fire and Rescue Service, I turned my attention to an interest that had fed my imagination for many years.

The folly that was World War One, The Great War, The War to End All Wars, demonstrated the very best and worst of mankind. It can be evidenced right across Belgium and Northern France where, peppering the landscape like white, stone legions lined in military precision, are the headstones of thousands of troops from both side of no man‘s land who made the ultimate sacrifice for their country.

Fuelling my imagination was the thought of men from all walks of life standing shoulder to shoulder, at the ready to go over the top. They waited, adrenaline coursing, for the whistle to attack an enemy who were armed with machine guns that could unleash more than five hundred rounds per minute and arranged in such a fashion that their arcs of fire would leave very few opportunities for a safe passage. If they were fortunate enough to reach the opposing trenches, they would face hand to hand combat where the bayonet was the soldiers best friend or worst foe. Life on the frontline was very tenuous and could be snuffed out in the blink of an eye.

The generals of that generation had passed out of their countries military academies whose teaching dated back to Napoleonic days. Unfortunately for the men who served under their command, they faced weapons that could slaughter on a truly industrial scale. It is debatable whether any of the battlefield leaders of the day were anymore capable than the ones that came up with such catastrophic strategies based on a bygone age of warfare.

Politically and militarily, the thought of a long drawn out war of attrition was not taken seriously by the leaders of the day, with the recruiting officers encouraging widespread volunteering by warning young men to join up quick or miss out as it would all be over by Christmas. One of the few men who saw the horrific potential was Field Marshall Horatio Herbert Kitchener and it was his forward planning that got the recruiting of his New Army, also known as Kitcheners Army. This was the introduction of the Pals Battalions that comprised of young lads who enlisted together as friends, neighbours and work colleagues, who would fight together and for each other far more effectively than if they were sent to arbitrary battalions across the country. Obviously nobody seemed to recognise the prospect of entire neighbourhoods losing their menfolk.

For all the above reasons, and a feeling that World War One was far less in the public‘s thoughts than more recent conflicts, it was my intention to revive the fading memories of the deeds of such great heroes as part of the centenary commemorations that were fast approaching.

I took an imaginary group of young men from the coalfields of West Auckland in County Durham and form the Auckland Pals. They would not only fight in the trenches but would become a specialist team who fought into no man‘s land and beyond, effectively being the forerunners to the Special Forces that were only recognised in the Second World War with Sir David Stirling and the SAS. However there is plenty of anecdotal evidence that in The Great War teams were selected for bloody trench raids, listening posts in no man‘s land and other clandestine operations. Unfortunately the rather dubious reward for success was to be sent on another mission.

Through the series of six Pals War books, The Auckland Pals are followed through their recruitment to the end of the hostilities where the pals face down the nemesis of the last three years in a final confrontation. Many are lost, others come in to take their place but, with the exception of a giant Irish machine gunner, they all came from their beloved County Durham.

In the first book, Pals War: The Second Battle of Ypres, there is a glimpse at the geo-political wranglings that led to the outbreak of war, as well as their young civilian lives pre-recruitment. Read how they march off to war and the twist that sees them selected to become this secretive band of covert operators. In book one the main character, Daniel Byrne, finds love that spans what in normal times would have been a huge and unsurmountable class divide. This whirlwind affair is one of the many things that drives Daniel to fight with every last grain of strength in his body. It is not just about fighting, his beloved Marie is the sole remaining member of a minor French aristocratic family. Her beautiful home is not far from the furthest point the enemy advance is stopped and therefore many reunions take place during time away from the front. In the course of their adventures many opportunities will arise to reap the rewards of being victorious in a chaotic war and the lads, under the guidance of a major benefactor, will not give up the opportunity of having a little wealth when the madness is over. It is during this phase of the first book that the hateful Rex von Grappon comes on the scene, and their paths will cross many times in the coming years.

The second book in the series is Pals War: The Battle of Loos, which was another major event in the timeline of the conflict (1915) . Sir John French, the Commander-in-Chief of the British Expeditionary Force, shows his hesitance in bringing up his reserves and misses an opportunity to make a decisive break through. It was to cost him his job and Sir Alexander Douglas Haig would take his place. The book sees our heroes, who are already heavily sponsored by Haig behind enemy lines, supplying him with real time intelligence that should inform the overly cautious French to commit his reserves to maximise the identified weakness in the German lines. There is again a mix of covert military action with a few unforeseen twists, interaction between the developing characters with the inevitable run in with Rex von Grapon, all the while the ever deepening relationship with Marie blossoms…

Check out the first book in the Pals War series for yourself, here! 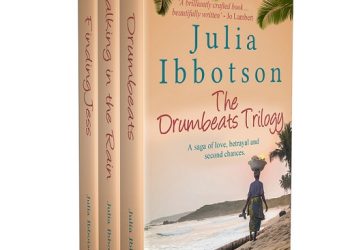 The Drumbeats Trilogy by Julia Ibbotson

I’ve recently been celebrating the publication of my… 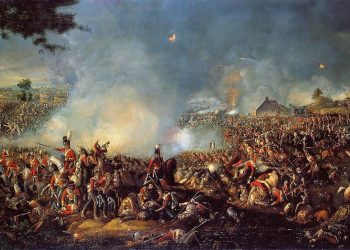 Speaking at the Malvern Festival of Military History, by Tom Williams

At the Malvern Festival of Military History, I… 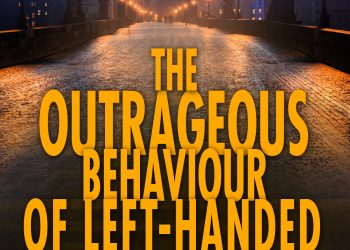 By Graham Brack You can blame ice hockey.…

The Wings of the Wind by Shaun Lewis

The Wings of the Wind is the third in…