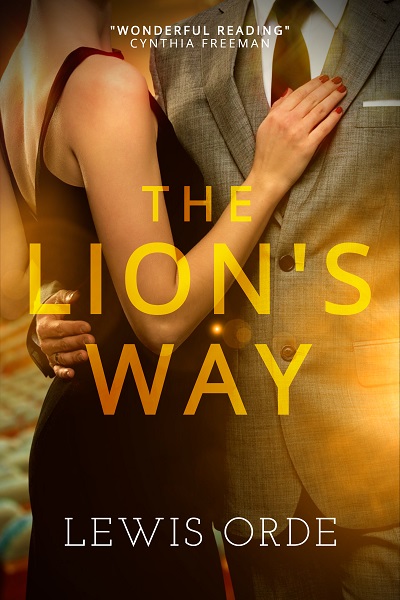 The Lion’s Way is the most enjoyable book I ever wrote, and Daniel Kerr, its protagonist, is perhaps the most interesting character I’ve created. That’s quite a claim to make when I look back at the men and women who populate the dozen novels I’ve written—newspaper publishers, spies, clothing-store owners, terrorists, business magnates, gangsters, political figures, mercenaries, fashion designers, gamblers, entertainment moguls, and much, much more. Daniel Kerr, however, has one thing all of these other larger-than-life characters lack. He has a voice, a scintillating soaring vocal instrument that can bring tears to his audience’s eyes or, conversely, chill them to the bone. I will always be thrilled that I wrote a novel about a character who could mesmerize with his voice, first as a choirboy, then as a cantor in a synagogue, and finally as a lyric tenor who graces the world’s greatest stages.

My appreciation of vocal music goes back to my childhood in London in the immediate post-war years. My mother, who lived her entire life in London, believed the sun shone out of Beniamino Gigli’s eyes. All we had in those days was a radio, and whenever Gigli’s voice emanated from its single speaker—more often than not singing Torna a Surriento—our home went silent. Neither my father, my sister nor I said a word, while my mother would sit with a faraway look in her eyes until the music ended. Torna a Surriento was my mother’s favorite song, and to this day it remains mine, although I have still yet to visit the Neapolitan town of Sorrento. I did, however, learn the lyrics to the song and I can still see my mother rolling her eyes and saying, “Lewis, do we have to?” or “Must we?” each time I started to sing it!

Although I loved that song, Beniamino Gigli never became my favorite singer. I didn’t have one until 1958, when I started work at fifteen and experienced my first musical epiphany. My workplace had a record player, and during the course of the day my employer played an eclectic mix, home-grown talent like Tommy Steele and Lonnie Donegan plus a potpourri of popular American imports such as Buddy Holly, Perry Como, and Elvis Presley. One afternoon, he played an album I’d never heard before. The first track opened with a brassy intro—Dah-de-dah-de-dah-boom-boom-bah-dah-de-dah—followed by a man’s voice singing “You make me feel so young,” and I was hooked. The album was Songs for Swinging Lovers, the singer Frank Sinatra, and I became a lifelong fan, turning to his music in the years that followed whenever I wanted to relax, to think, to create. Whatever I wanted to do, there unfailingly seemed to be a Frank Sinatra recording that complemented it. I even wrote my first three novels listening to Sinatra.

My second musical epiphany occurred in the late 1970s, when I began to think about writing my fourth novel, The Lion’s Way.  Late one afternoon, I sat in my car outside the Pathmark supermarket in Teaneck, New Jersey, listening to WQXR, a classical radio station out of New York City. Hearing the opening bars to Nessun Dorma, from Giacomo Puccini’s Turandot, I automatically assumed the singer would be Luciano Pavarotti, who was then flavor of the month for anything operatic. Instead, I heard a crystal-clear tenor voice that literally sent shivers down my spine. When the aria ended, the radio host announced that the singer was Jussi Bjoerling.

I knew of Bjoerling—the Swedish Caruso as he was called—but I wasn’t particularly familiar with him. That would soon change. From Pathmark, I drove the few miles to the Sam Goody’s record store in Paramus Park Mall and asked the sales clerk, an older man, what he had by Jussi Bjoerling. The clerk’s face lit up as he dived beneath a counter to surface with half a dozen albums.

“People rarely ask for Bjoerling anymore,” he told me as he dusted off the album covers. “Poor devil’s been gone less than twenty years and now everyone’s infatuated with Pavarotti and Domingo, and not one of them can hold a candle to Bjoerling. Believe me, I know because I saw Bjoerling at the Met thirty years ago. Which one would you like?”

I took all six and carried them home to Teaneck, eager to hear that glorious voice again. Two were collections of arias and songs in Italian and Swedish from Bjoerling’s early years. The other four albums were recordings from the 1950s of complete operas: Manon Lescaut, Tosca, Aida, and by far and away the best of all, La Bohème. As I listened to Puccini’s masterful depiction of Bohemian life in 1830s Paris, I sat at my typewriter (this was 1979, don’t forget, before WordPerfect and Microsoft Word changed every writer’s life forever) and wrote the opening words of The Lion’s Way: “Marcello the painter, Schaunard the musician, and Colline the philosopher had just left to celebrate Christmas Eve at the Café Momus. The garret in the Latin Quarter of Paris was silent now, and Rodolfo could continue with his work, the article he had been writing before the intense cold had stiffened his fingers and numbed his brain.”

Those albums, and several more by Bjoerling—by now, Frank Sinatra was my second favorite singer—kept me company for the six months it took to write The Lion’s Way.  I even used Bjoerling as an inspiration for my own Daniel Kerr, culminating with the beginning of the third and final part of the novel where Daniel has a recital at Carnegie Hall on the same day he learns of Bjoerling’s death. All those albums I first listened to thirty years ago have been replaced with compact discs and streaming, but whenever I want to hear something special, I put on La Bohème—the 1956 recording with Jussi Bjoerling, Victoria de los Angeles, and Robert Merrill, under the baton of Sir Thomas Beecham—and relive the writing of The Lion’s Way.

As I said, it’s the most enjoyable novel I ever wrote.

Get your copy of The Lion’s Way HERE! 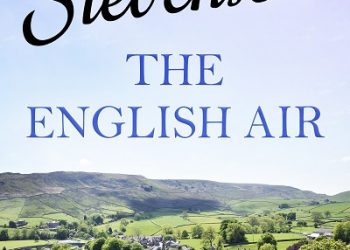 On 'The English Air', by D. E. Stevenson 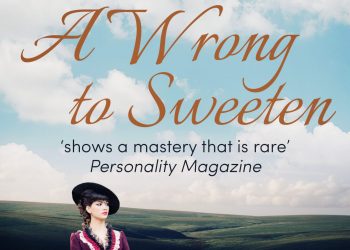 By Joy Martin In A WRONG TO SWEETEN…

Without sneering at it, I have no taste… 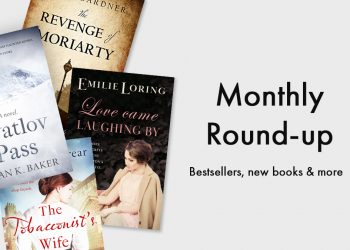 Hello Lume readers, As excitement builds for the…