The United States has many public holidays, but two of them are supreme in Americans’ affection: Independence Day (July 4), and Thanksgiving, which, since 1941, is celebrated on the fourth Thursday in November.  Their mood is very different. July 4 is a feast of noisy patriotism, with flags and marching bands and patriotic oratory. Thanksgiving is a quiet time for families and closest friends to get together over a traditional meal of turkey, often served with cranberry sauce and followed by pumpkin pie, and give thanks for America’s peace and prosperity. For many it has come to celebrate specially immigrants and their contribution to American life. In recent years it has been associated with the beginning of the winter shopping season, building up to the mercantile climax of Christmas, and for many with watching American football games on television. Both high schools and colleges play their fiercest rivals on Thanksgiving Day.

The origins of Thanksgiving have been gilded with a certain amount of myth. A recorded feast between the Plymouth immigrants and their Indian neighbours has been remembered as the first Thanksgiving, though it was more of an edgy diplomatic encounter in the forest between an Indian tribe weakened by disease and a group of Protestant refugees from European persecution, only half of whom survived hunger and illness in their first winter in America.

When I went back to discover the history of Thanksgiving, I found it had developed out of the almost universal human custom of celebrating harvest home. It was decreed by British royal governors long before the American revolution. The original Pilgrims (a term they did not use themselves), came from villages on the Nottinghamshire-Yorkshire boarder. Oppressed by Archbishop Laud’s persecution, they had settled at Leiden in Holland. They left there because a twelve-year truce between the Dutch Protestants and their Spanish Catholic overlords was coming to an end, and they feared more deadly persecution.

By the early nineteenth century, Thanksgiving was being celebrated all over the young Republic, in the slave-owning South as well as in abolitionist New England where it had originated. It was Abraham Lincoln who proclaimed it as a national holiday in the darkest days of the Civil War in 1863. The next year President Teddy Roosevelt’s father was the treasurer of a group of wealthy New Yorkers who organized sending Thanksgiving turkeys to every Union soldier at the front. President Franklin Roosevelt changed the date from the last to the fourth Thursday in November to help the Christmas trade. That was an unpopular move — so much so that some called it “Franksgiving”.

There have always been cynics, even about Thanksgiving. As long ago as 1893 the New York Herald went so far as to complain that Thanksgiving “is no longer a solemn festival to God for mercies given . . . It is a holiday granted by the State and the Nation to see a game of football”.   By the time of World War II, Thanksgiving had become thoroughly established as a beloved national institution. It was unforgettably commemorated by artists from Currier and Ives and Thomas Nast to Winslow Homer, and perhaps best of all in Norman Rockwell’s illustration of “Freedom from Hunger”, a happy (white) family gathered round a groaning table. One can deconstruct Thanksgiving in many ways. Its power comes from a certain purity. It remains, as it began, and unlike other national anthems,  not a hymn to battle or violence, not a festival of national superiority, but a humble domestic celebration of gratitude and inclusiveness.

Get your copy of Godfrey Hodgson’s A Great and Godly Adventure here! 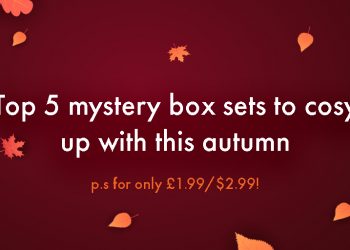 Top 5 mystery box sets to cosy up with this autumn

Today is officially the first day of autumn.…

Come and Be Killed by Sally Spedding

Fifteen years ago, our daughter married a man…

The Devil You Know

Sophia Holloway discusses the themes and inspirations behind…

Something To Be Brave For by Priscilla Bennett

I was born and raised in a loving…