Menu
Home | Books | The Year of the Flame 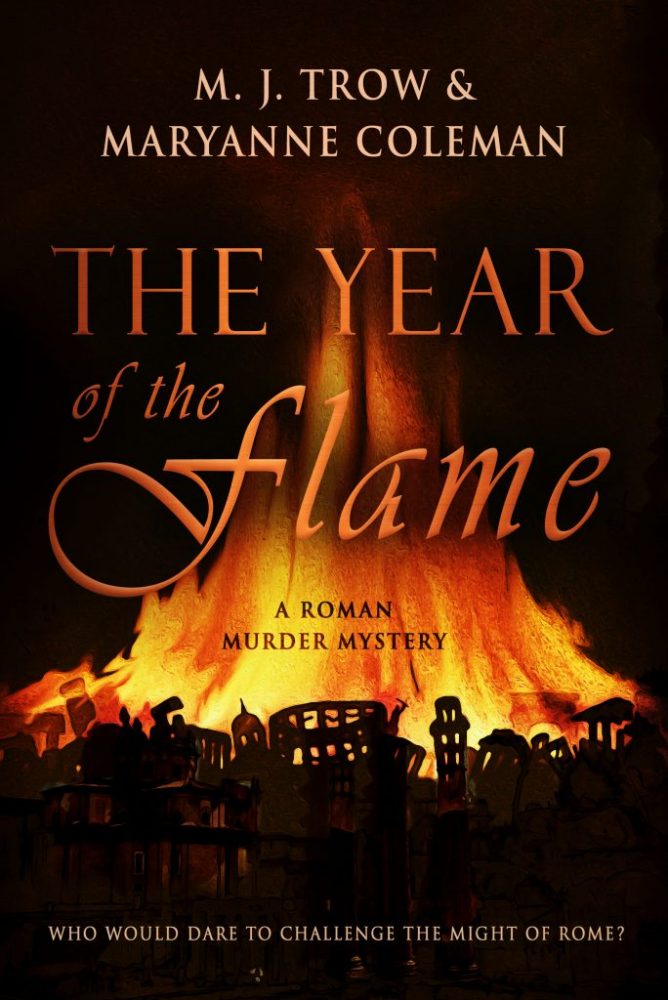 The Year of the Flame

Rome. The empire that conquered. Now, living in Rome in the time of Nero is a dangerous sport. But Gaius Calidus Nerva, former slave now freed and bastard heir to the house of Nerva, has got a good head on his shoulders.

When the high priests of Rome are murdered, one by one, he begins an investigation. After all, if the high priests are being slaughtered, what’s to protect the rest of Rome’s citizens? Throw into the mix the rise of the Christians, the return of war-torn soldiers from Britannia, and the usual machinations of the elite, and Calidus is awash in people with plenty of motive.

But who has the means to try and topple the might of Rome?

M.J. Trow and Maryanne Coleman Mei (M.J.) have been married for forty-five years and have been writing together for roughly seven. Writing as Maryanne, Carol has written two books of a fantasy trilogy, Goblin Market and Pandemonium. Mei has written almost one hundred books altogether.

Get a copy here