The seventeenth century was a pivotal time in English history. At the start of it Queen Elizabeth I was still on the throne, and the monarch’s word was virtually law. By the end, after a civil war, the execution of a king, 11 years without a monarchy, an unsuccessful rebellion and a successful revolution, the beginnings of our constitutional monarchy were in place.

I write historical fiction by setting fictional characters in real events. Thus, in Sacred Music, the hero, Francis, is caught up in the Popish Plot that swept the country from 1678 to 1681. Though a Protestant, he falls in love with a Catholic girl, and is drawn into a web over which he has no control. Various historical characters are portrayed, including King Charles II, the Earl of Shaftesbury and Lord Chief Justice Scroggs. I try to be faithful to what is known about them, and have them act in accordance with their characters.

In A Sprig of Green, Nigel Tregellis is portrayed as a childhood friend of the Duke of Monmouth, the illegitimate son of Charles II. The story opens with Monmouth’s landing at Lyme Regis, in a bid to wrest the throne from his Catholic uncle, King James II. Nigel is caught up in his adventures, while his wife Elizabeth languishes at their Cornish home craving excitement. Both will be significantly changed by the end of the story.

Get your copy of A Sprig of Green HERE!

The Last Hero, by Tim Madge

As we look ahead to the centenary of…

Without sneering at it, I have no taste… 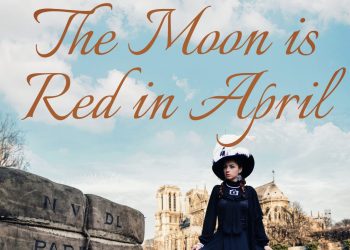 In the Charente region of south-west France people…